From the first days of the plant’s existence, its management made a lot of efforts to create the infrastructure for recreation and creativity of its employees. The amateur performances of the plant began with dancing and harmonious songs at lunchtime and after work. On May 1, 1950, at a demonstration, the convoy of the factory went to the music of its wind band. Tools for him were purchased with funds earned on subbotniks and Sundays. Organizational talent, love for the music of the head of the orchestra A.V. Lohoni were able to maintain and develop a team that for decades has enchanted the music of its listeners. The brass band is a laureate of the All-Ukrainian festival “Surmi Constitution”, “Surmi Ukraine”, one of the few amateur brass bands participating in these festivals, and a multiple winner of the Sumy Dawns city festival of folk art.

More than 45 years ago, a creative biography of the factory choir of folk songs began – the winner of the All-Ukrainian competitions of folk art, regional and city, a regular participant in all city and regional events. Our choir was awarded the title of People. Fans of Ukrainian folk songs can observe the process of improving performing skills, enriching and complicating the repertoire, and enjoy its diversity. The head of this team, A. Filonenko he sees well the whole image of the work, the logic of formation, the melodic line of the work, and the creative search aims at it, finding non-standard performing solutions. The folklore ensemble Kalina, the laureate of the international folklore festival Vrachanska Prolet in Bulgaria, received a grand prix in the All-Ukrainian competition of folklore groups as part of the folk art festival at the national Sorochinsky fair.

For 40 years, the company has operated the vocal and instrumental ensemble “Labyrinth”. Not a single event at the factory is complete without his participation. He is a laureate of the Boromlya folk art festivals, Sumy Dawns. The head of this team V.I. Sakunov makes a lot of effort to ensure that the Labyrinth vocal-instrumental ensemble has its own creative manner of performance.

Two new vocal groups have recently formed: the Dobrodіi male ensemble and the female trio, where Mikhail Lilia, the author of many songs dedicated to our factory and the city, sings. The trio’s performing style is characterized by lyricism and trust, and the young specialist A.V. leads the trio. Usenko.

For many years, the laureate of the All-Ukrainian, regional, city festivals V.A. Rudenko. In his repertoire are classical works of Ukrainian and foreign authors, romances, folk songs in the processing of composers. The club is in a continuous creative process.

New soloists and vocalists come: A. Grechanichenko, A. Sem, N. Zakharova, N. Ponomarenko, V. Timchenko, many other amateur artists who want to learn performing and acting skills, and then delight the audience with their creativity. Revived Ukrainian folk traditions. The youth of the plant prepares wonderful theatrical performances with folk dances and ceremonies, theater miniatures. Our factory workers are talented people in everything: both in work and in creativity. The anthem of the plant was written by Olga Popikova, an employee of the central laboratory factory. Lilia Mikhailik devoted many poems and songs to the plant, its employees, native land, the city. Her song “My Sumy” was sounded in Kiev on the creative report of the Sumy region performed by our male ensemble and combined choir. By the day of the plant, the soulful song “Peers” was written and performed by the author in honor of the workers of the enterprise, Worker of workshop No. 1 Olga Kushnerova, soloist of VIA “Labyrinth”, wrote a wonderful song about our city Sumy, a song about the plant, which is still being heard. She dedicated and performed the touching song “Mom” to all the mothers. Thanks to the club, every employee of the enterprise can express himself not only in work, but also in creativity, reveal his talent and give wonderful moments to our factory and city viewers. Masterfully held at our company theatrical holidays dedicated to Merry Christmas, New Year. The opening of a Christmas tree is a great celebration not only for factory workers, but also for residents of the city. It has become a tradition to hold arts and crafts exhibitions at the club, where the works of our enterprise employees are presented. A special holiday for all plant workers is a professional one. A large concert and entertainment program is being prepared for the Day of the Machine Builder. On this day veterans of Nasosenergomash, the best employees of the enterprise, labor dynasties are honored. For its work, the club of the plant was awarded with the Certificate of the Mayor, diplomas of the department of culture and tourism of the Sumy city council for the 1st and 2nd places taken at the city festival. The enterprise club took 1st place among cultural and educational institutions of Ukraine. 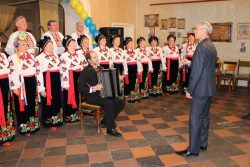 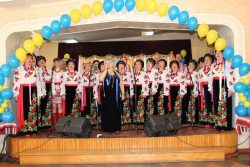 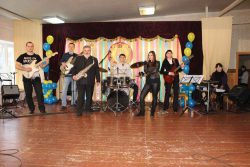 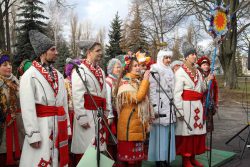 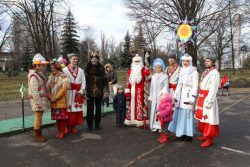 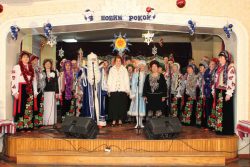 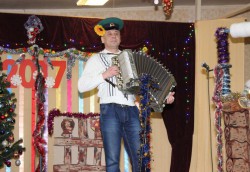 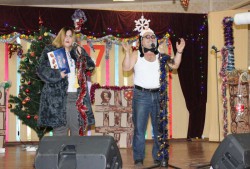 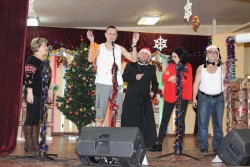 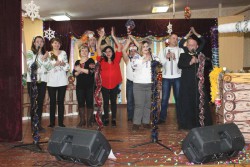 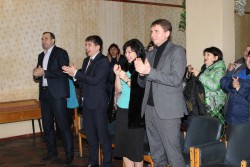 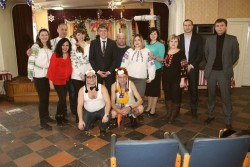