Work with veterans of the plant

Главная › Work with veterans of the plant In the late 60s – early 70s of the last century, on the initiative of front-line officers working at the Sumy Pumping Plant, a Council of Veterans was formed. War veterans and army retirees united, later veterans of labor Nasosenergomash joined them on a well-deserved rest. Veteran organization was headed by the master of OTK Provision Andrei Denisovich. The Council of Veterans carried out a large educational and patriotic work among young people, helped war veterans in resolving housing issues. In those years, Bezkosty V.A., Slyusar A.D., Shaposhnikov P.P. were elected chairmen of the factory veteran organization.
Decades have passed, but under the new conditions, the veteran organization JSC Sumy Nasosenergomash JSC is still actively working, has more than 1,000 retirees in its ranks, united in 11 workshop veteran organizations. The most numerous of them were formed in workshops Nos. 3, 1, 5, technical departments, and social services. From the first days of the establishment of the pumping plant (1949), our veterans Verbitskaya N.P., Zinchenko C.B., Zayats H.A., Kostyuchenko V.D., Zorenko M.A., Zagorulko M.A. worked More than 50 years worked Lobodyuk V.P., Pryadun V.Ya., Dubinsky A.M., Provosen N.K. For 40 or more years 125 people worked at the plant, 380 people. retirees worked at the plant from 30 to 40 years old, having one entry in the work book.
70% of pensioners registered with our veteran organization are our veterans of the Nasosenergomash plant, participants and children of the war, those who mastered the production of the first pumps, built a plant, built housing, kindergartens, a recreation camp for schoolchildren, a recreation center and other objects of social and cultural life, annually increased production and improved its quality. It was they who first produced the pumps so demanded today for thermal and nuclear energy, oil pipeline transport. This is the backbone of a veteran organization. Our veterans created a powerful industrial and technical base for pump production, preserved it and handed it over to the younger generation of pump engineers. The main task of the Council of Veterans is the social protection of our pensioners. To solve it, the Council works in several directions. The main ones are: volunteer work, material support for the sick, lonely, poor, involvement of a pensioner in active pastime to maintain his health. Our members of the Council of Veterans, they are also volunteers, know their pensioners well, once worked with them. They visit the sick, disabled, lonely, if necessary, buy medicines, products. The Veterans Council is in contact with the social protection department and the Bereginya territorial center, with the help of the latter we are trying to provide walkers and strollers with need.
More than half of those registered with the veteran organization received one-time financial assistance during the year upon application or in connection with the anniversary, as well as on Victory Day and on the Day of the Machine Builder. Veterans are grateful for their congratulations on their anniversaries. Recently, Gnilosyr Praskovya Fedorovna congratulated on the 100th anniversary, another 10 veterans congratulated on the 90th anniversary. By the decision of the conference and the Council of Veterans, we annually congratulate veterans who are over 90 years old. There were 12 such people. Long-livers — Honorary Veterans — were visited at home, presented with flowers, gifts, and material assistance. Last year, in a cafe with the participation of relatives who came from Belarus, public organizations celebrated the 90th anniversary of the war veteran, artilleryman Ryabtsev Vasily Grigoryevich, who had worked as a turner for more than 40 years at the factory. And today, Vasily Grigorievich in the ranks, attends rallies, meetings of the veteran organization. Sherstyuk Vasily Grigoryevich, Yakimenko Alexander Dmitrievich and war veteran Vydyshenko Nikolay Evmenovich congratulated Sherstyuk on the 93rd anniversary.
The defining event for a veteran organization is always the anniversary of Victory. In addition to financial assistance, veterans and war veterans, as well as children of the war, are invited to the factory canteen, where they are congratulated by the factory director, chairman of the trade union committee, and the Council of Veterans. They are presented with flowers, in front of them are participants in amateur performances. On this day, a tour of the plant, joint photographing. Much attention is paid to the organization of leisure for pensioners, the Council organizes cultural trips to the theater, philharmonic society, and other events. Celebrations for Victory Day, May 2018

May 9 – one of the most important, touching and responsible holidays, the Holiday that bears the main message to future generations – the highest value of the world. This is a day of unity in the nationwide sorrow for the fallen, a day of gratitude to the soldiers who brought peace. Sumy Plant Nasosenergomash JSC has become a good tradition to meet and honor factory war and labor veterans, to express their respect and appreciation. This spring, the festive program included: laying flowers at the Heroes of Sumy monument, the monument to the Grieving Mother, visiting the State Lyceum-Boarding School “Cadet Corps” named after I.G. Kharitonenko and other events. 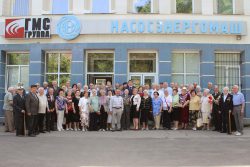 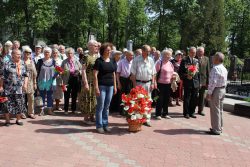 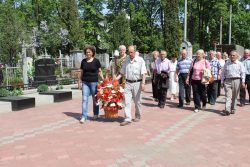 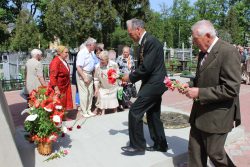 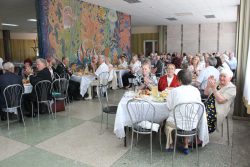 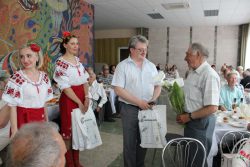 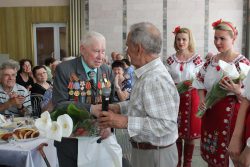 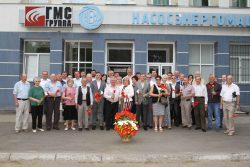 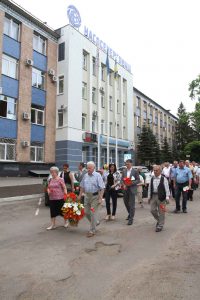 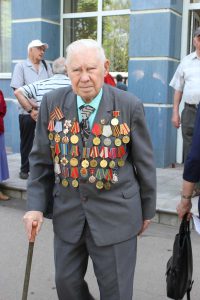 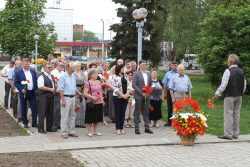 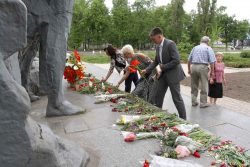 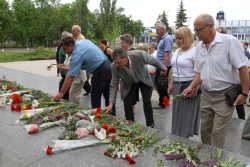 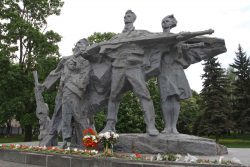 03/01/2019 The reporting and election conference of the veteran organization was held, in which the following persons took part: A. Kovtun, Chairman of the Board, A. A. Kornienko, HR Director, T. Bespalaya, Chairman of the Trade Union, beginning. HR Department Kolesnik E.D. A report was made by the Chairman of the Council of Veterans A.D. Kondratyev Representation modus 1:10, 100 people attended. The report noted that volunteers from the Council of Veterans take care of seriously ill patients (more than 50 people), disabled people – 75 people, who are acutely ill and buy food packages. Only in 2018, material assistance was provided to patients according to the statements of 175 people. Congratulations to the anniversaries – 136 people with the presentation of the prize money 300UAH. For Victory Day and a greeting card, assistance was provided for 300 UAH. To veterans and participants of the war – 68 people, assistance to the day of the machine builder for 300 UAH., Received 100 people. During this period, veterans collectively visited art and local history museums, the athletics arena, the cadet corps of the artillery regiment, and repeatedly conducted tours of the plant. For a year, 10 times attended performances in the theater, organized trips to the factory ski base, more than 10 people. attend the pool, 15 people as part of a family in the summer, heals at sea. At the conference, veterans expressed their appreciation in the work of the Council of Veterans, 7 people spoke, and a new composition of the Council in the amount of 19 people was elected. Anatoly Dmitrievich Kondratyev was unanimously re-elected Chairman of the veteran organization. 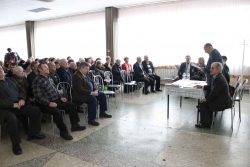 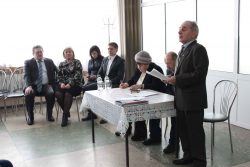 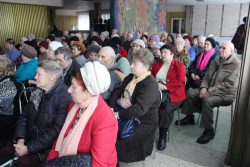 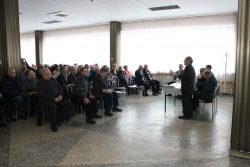 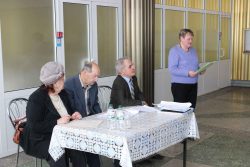 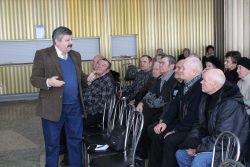 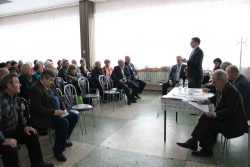 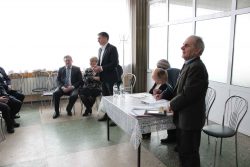 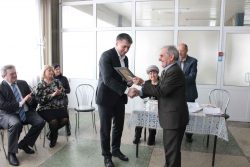 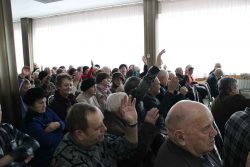 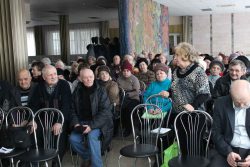 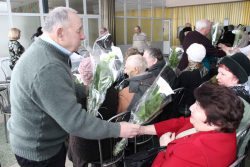